The numbers and reviews are in for the live action remake of Disney’s beloved classic Beauty and the Beast and well, it’s complicated… but only if you let it be.

Directed by Bill Condon (Chicago, Twilight: Breaking Dawn Pt.1&2) and starring Emma Watson alongside Dan Stevens, the film has struck big at the box office, claiming the 7th largest box office opening of all time with a $170 million opening weekend. Yet, you would never have guessed that by its reviews, receiving a flat 70% on Rotten Tomatoes and a slew of mediocre ratings from critics. This is not to say that no one has given great reviews. Outlets like the New York Times, The Washington Post and Rogerebert.com praise the film’s lead performances and it’s new, but still loyal, take on the modern classic Disney made 26 years ago.

But with that said, why is the film garnering so many calls of failure to deliver from critics and fans alike? Let’s take a look at some of their concerns and see what you can do to avoid the pitfalls that lead to fanboy cynicism, and a bad cinematic experience (SPOILER FREE!!!).

The first big complaint many tend to have is that the film seems directionless or “confused”, citing the new minor additions to the storyline, character development and new musical numbers being at odds and detracting from the tried and true story we all know.

It’s basically the “why reinvent the wheel?” conversation we always have with big blockbuster remakes of classics. But over the years, Beauty and the Beast as a story has seen drastic changes from its original version published in 1740. it has become shorter, more child friendly and rearranged linguistically to translate its themes better. Even when Disney was making their animated version in 1991 they molded their characters tropes, values and behaviors to better fit the American culture values of the time (and because they split pieces of the original story with Cinderella). 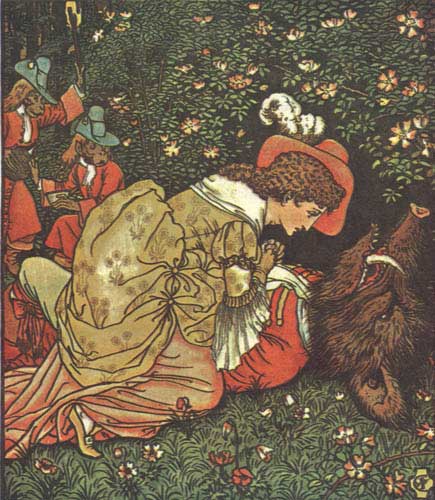 So to say these changes are uncalled for would be deviant from what and how fairy tales have always done. This is why the changes we see to the new film make it better. All of these new additions to the story take topics a child or adult living in 2017 may experience and  presents them in a way that is palatable for children while still being relatable to adults. Not only are these changes harmless and add context to characters we are familiar with, they add important life concepts that our children will understand as they get older. The same way a 90s kid can re- watch the animated version and experience it differently, our kids will have their own tailor made version of Beauty and the Beast to do the same.

Another gripe that is being brought up involves the film’s use of VFX and it’s integration into the live action experience.

Mostly a concern among film critics, some found that the animated graphic style and execution (like Dan Steven’s “Beast” appearance or Lumiere and Codsworth’s interactions with the live cast) to be dull, jarring and at times overused. While most of this falls under subjective reasoning, the easiest way to forego this issue is by better understanding what CGI’s role in this film is.

Arguably because of exposure to video games and how they have evolved over time, some of us are able to sustain conviction for CGI effects greater than others. While some are entranced by their stylized spectacle effects, for others it can be distracting if not done a certain way. But ultimately, this film does not use CGI the way the original used animation. The main role of CGI in this film is not to entirely sustain disbelief for the world of the film (especially in a world where talking wardrobes and tea cups are jumping around a frightened Emma Watson). It is to entrance, and enhance the spectacle of the world it is inhabiting. When your first concern is how believable Cogsworth looks compared to Beast and if the two hold up to Belle visually, you are stopping yourself from being immersed by the film as a whole.

The CGI is a tool used in the film, so think of it as a plot device. Alone it cannot stand on its own, but taken together with everything else equally and with the proper conviction, you can really fall in love with this film’s aesthetics and teleport to a whole new world (Yes, I did and I don’t care.).

From the scenery to the musical performances, anyone who watches this film with a palate cleansed of the animated version will end up walking away with an appreciation for both versions.

A tale as old as time.

So you’ve seen the movie already, and regardless of how much conviction or fairytale culture knowledge you throw at it, you still think it’s an abomination. Well, there is one last thing you can do to appreciate what this film accomplishes.

The story of Beauty and the Beast is, at it’s heart, an emotional lost and found tale of romance. It’s morals are based around the notion that “looks can be deceiving” and that one should appreciate what they have while they have it because others might spend eternities looking, never to find it. If all else fails when watching this movie; if you can’t appreciate the musical renditions, if the CGI is barely tolerable or that brief moment of hinting at a gay LaFou that everyone was up in arms about can’t be overcome, imagine your life in the context of this story.

We have all experienced some form of loss, heartache or despair in our lives and these characters embody those experiences to the fullest. The difference is, in this film we get a close to life representation of these characters. Their actors deliver wonderful portrayals of them, the world and magic within it amplifies their personalities and the changes made to the story were added specially for us living in today’s world. This Beauty and the Beast is for us emotionally just as much as it is for our kids developmentally. If you’ve ever felt like your true beauty was being ignored, you will love this film. If you’ve ever fought to hold on to someone you love, you will love this film. If you’ve been “the Beast” all your life and never experienced true love at all, you will love this film.

With this in mind, the only way someone could walk out of the theater loathing this film is if they have perfect lives or have taken the immediate absence of these feelings in their life for granted.

Schenectady “Jew” Cries Wolf About His Home Being Vandalized With Swastikas