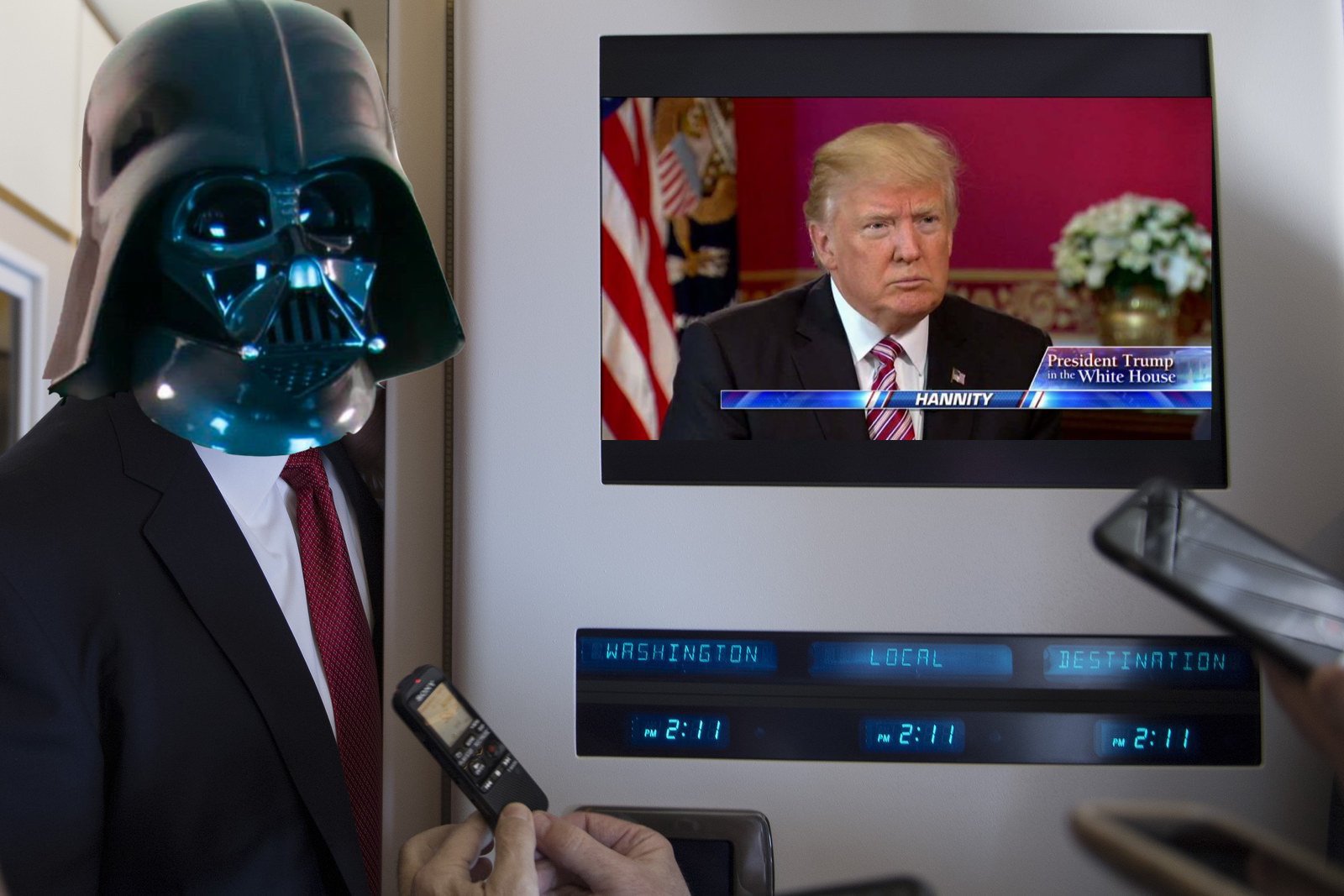 As if the meme train wasn’t moving at full steam for the new administration, things got a hell of a lot worse for them when reporters got the drop on Trump (again). Long story short: Twitter is loving it.

The fortuitous moment came during an interview session with Trump on board Air Force 1 when he walked in on press as they were watching  Rogue One: A Star Wars Story. As he started taking questions, a reporter took advantage of Trump’s awkward choice to stand in the doorway next to the TV. As if bestowed upon us by Pepe himself, It did not take the internet long to notice the gift that was “Trump and Vader”.

Reporters forgot to turn off Star Wars: Rogue One before @POTUS came back to visit the press cabin. pic.twitter.com/FxuqdVNdXJ

Trump questioned about Syria aboard Air Force One, next to a screen showing Vader’s entrance scene in ROGUE ONE. For real. I just saw that.

Thanks, Trump. I just ordered Rogue One. (I didn't even realize it was out on blu-ray) pic.twitter.com/Uf1qeWUvIs

While this is all just… perfect really, it probably shouldn’t overshadow what the interview was about, being Trump’s statements disapproving of the events in Syria and Assad’s current handling of his country.

“I think what happened in Syria is a disgrace to humanity and he’s there and I guess he is running things, so something should happen.”

While his administration has been experiencing some technical difficulties as of late, here’s to the hope that this Vader meme is not a future omen and our strong foreign affairs policies do not go the way of Han Solo.

Two Buttons Deep is a news & entertainment website based in upstate New York.
We don’t just post the news, we post about stuff worth talking about…

Your Daily Dose of Early 00’s Nostalgia: That’s So Raven Is BACK With A Sequel Series